The History of Rehoboth Beach

The earliest settlers to this area were Native Americans who traveled to the beach in the summer months to enjoy the cool breezes and abundant seafood. Between 1650 and 1675, English and Dutch settlers put down roots here as the area became home to farmers and members of William Penn’s earliest legislatures. Later owners participated in the American War of Independence. According to information from the Rehoboth Beach Historical Society, in 1872, Reverend Robert W. Todd of St. Paul’s M.E. Church in Wilmington visited a Camp Meeting area on the Jersey Shore. He soon pursued the idea of starting a camp area here on the Delaware coast. In 1873, on 414 acres purchased from local farmers, the Rehoboth Camp Meeting Association was formed. The grounds were laid out in a fan-shaped design with wide streets, parks and specific building lots. That design remains largely intact today. While the Association discontinued its formal meetings by 1881, other groups utilized the site for services until about the turn on the 20th century. In 1891, Delaware’s General Assembly established a municipality for the territory, naming it Henlopen City. In 1891, it was renamed Rehoboth Beach. The Boardwalk, now a mile long, was originally built in 1873 on high ground between the beach and Surf Avenue, which ran the full length of the ocean front. Many storms have changed the configuration over the years; but in 1879, the original Henlopen Hotel was built on the site now occupied by a hotel of the same name. With the coming of the railroad – which ran right down Rehoboth Avenue, the second block of Baltimore Avenue became the new center of camp meetings and city life. Many of the original tent houses (small one-room buildings surrounding a center structure) were moved there with new ones constructed as well.  In 1925, a paved highway was completed from Georgetown to Rehoboth Beach. It helped link the resort with the paved roads towards Washington, D.C.; and many legislators, diplomats and government employees began to visit and vacation here. It wasn’t long before Rehoboth Beach came to be known as the “Nation’s Summer Capital”. From it’s beginnings as a spiritual center to the public’s embracing of the seacoast as a mecca for leisure activity, Rehoboth Beach has developed as a close-knit seaside town. It’s a nod to the past that the city’s present day charter includes words that are nearly identical to several words from the 1872 charter of the Camp Meeting Association: “the maintenance of a permanent seaside resort and the furnishing of proper conveniences and attractions requisite to the same.” Downtown Rehoboth Beach came of age in the era of Victorian influences and evolved throughout the 20th century to change with the times. Both the residential and commercial area, despite their growth and maturation, have retained the warm and friendly charm and ambiance that reflect Rehoboth Beach’s historic past. Content from the City of Rehoboth Beach Website. Click here to see homes for sale in Rehoboth Beach.

All information, regardless of source, should be verified by personal inspection by and/or with the appropriate professional(s). The information is not guaranteed. Measurements are solely for thepurpose of marketing, may not be exact, and should not be relied upon for loan, valuation, or other purposes. Copyright 2020Protected by The Digital Millennium Copyright Act of 1998
Privacy Policy
Send Email to Agent
Download Contact Card
Share
Facebook
Twitter
LinkedIn
Pinterest 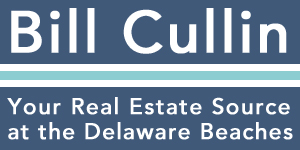